Ofenmacher > Welcome > About us > The Members > Portrait of Tobias Federle 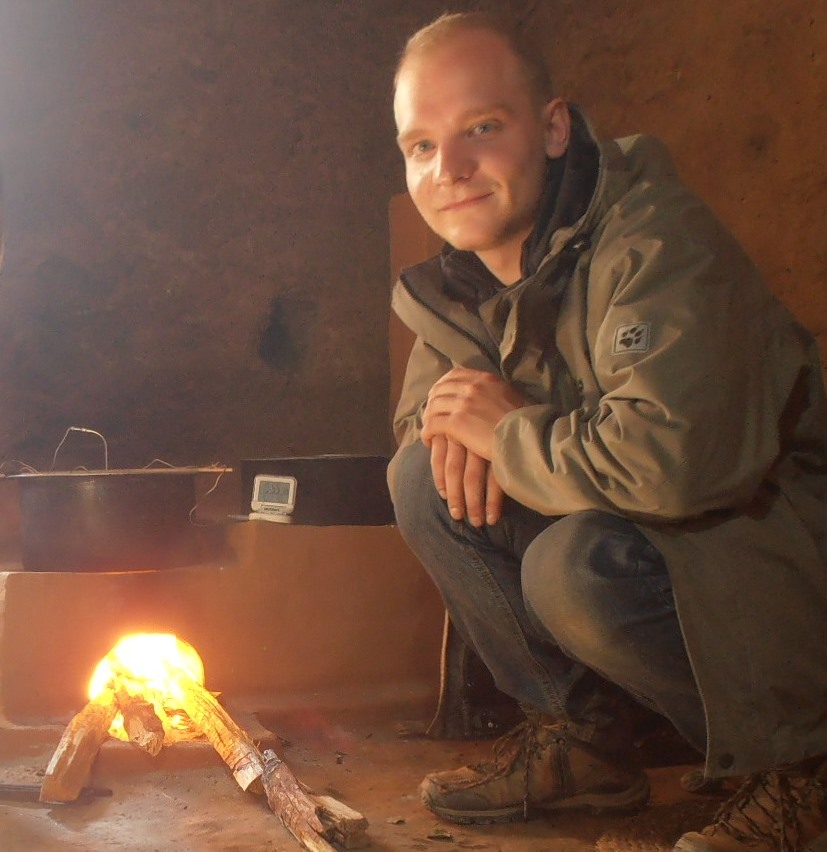 In 2009, I visited Nepal for the first time, as a volunteer for the non-profit animal welfare organization Streetdogcare, for which I was active over a long period of time.

Since 2011 I live with my wife Domi Sherpa in Kathmandu.

There I met Frank and Katharina from Die Ofenmacher and through them came to know about the stove building project in Nepal.

Since 2012 I coordinate the monitoring activities for Die Ofenmacher in Nepal on-site and conduct along with a team of staff and volunteers expeditions to our project areas.

Between 2012 and 2014 our team visited more than 1600 households with “Improved cooking stoves”. Thereby I experienced at first-hand the large benefit for Nepal’s rural population, that derives from the project.

Savings in firewood, possible also by the use of two available cooking places at the same time,
better protection from burn injuries especially for children,
reduction of substances hazardous to health within the house,
an out of the lower quantity of needed firewood resulting lower output of CO2,
and the use of naturally occurring materials to build the stoves, are points that clearly speak for the commitment of Die Ofenmacher e.V..

I am grateful to be able to actively participate in this project.